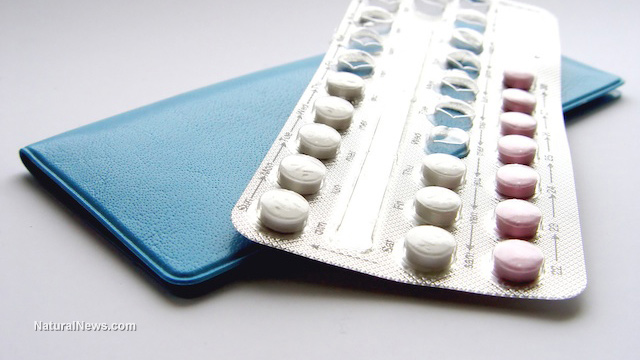 (NaturalNews) Women who take birth control pills will not be pleased with a recent discovery that suggests a link between taking the contraceptive and brain tumor development.

Danish researchers have discovered that taking a birth control pill for over five years can more than double the risk of developing a rare form of brain cancer, glioma. The experts analyzed over 300 women who had been diagnosed with glioma over the course of nine years, ultimately discovering that the women who were using progestogen-only birth control methods had a brain tumor risk that was 2.4 times higher than that of the control group.(1)

Team leader Dr. David Gaist, with Odense University Hospital and the University of Southern Denmark, said, "In a population of women in the reproductive age, including those who use hormonal contraceptives, you would anticipate seeing 5 in 100,000 people develop a glioma annually." He feels the study is important, noting that it's "an important contribution and we hope that our findings will spark further research on the relationship between female hormonal agents and glioma risk."(1)

The study, titled, "Hormonal contraceptive use and risk of glioma among younger women a nationwide case-control study," was published in the British Journal of Clinical Pharmacology.

Oral contraceptive use influences the risk for certain cancers; however, few studies have examined any link with risk of central nervous system tumors. We investigated the association between hormonal contraceptive use and glioma risk among premenopausal women in a population-based setting.(2)

The web page for the study states:

In this Danish registry-based study, we found that ever use of hormonal contraceptives was associated with a moderately increased risk of glioma among younger women.

A nearly two-fold increased risk of glioma was observed among long-term users of hormonal contraceptives.(2)

According to neurosurgeons at the University of California, Los Angeles, a glioma is a primary brain tumor that develops from glial cells, which are the brain's supportive cells. Glial cells differ from neurons in that they have the ability to divide and multiply. In the event of this occurring too rapidly, a person may develop a glioma.(3)

The National Cancer Institute at the National Institutes of Health notes that the minipill -- the man-made progestogen-only oral contraceptive found to more than double brain tumor risk in this Denmark study -- is one of two types. The second type is often referred to as a combined oral contraceptive because it contains both man-made estrogen and progesterone hormones.(4)

Health concerns regarding birth control pills have long been the center of debate. Some people have experienced no side effects or do not think that such pills harm health, while others warn against their use.

The Institute explains that many population studies have been conducted, often resulting in an association between taking oral contraceptives and the development of health problems.

In particular, breast, ovarian, cervical and liver cancers are the diseases most commonly linked with taking birth control pills. For example, one analysis of two dozen epidemiological studies found a connection between oral contraceptive use and cervical cancer; the longer a woman used them, the higher her risk. That same study also found that, when women stopped taking such pills, this risk declined in time.(4)

On the flip side, birth control advocates who remain unfazed about its possible health hazards maintain that it has several health benefits.

For example, many say that taking an oral contraceptive may boost mood, contrary to those who have said that it may cause depression. Some researchers have found that women taking hormonal contraception in the form of a patch, pill or ring had lower depressive symptom levels and were also less inclined to attempt suicide.(5)

However, tell these "benefits" to the one woman who develops glioma or breast cancer as a result of taking certain birth control pills and we're not so sure they'll be viewed favorably anymore.

Sources for this article include: