IS THE EGO A FRIEND OR AN ENEMY? 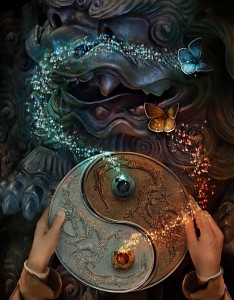 This discussion seems to come up over and over again, and has people heavily polarized. The ego, is it some evil to be fought against, some sinister force that steals our happiness? Or is it like some unruly child that needs to be tamed, controlled and eventually befriended? Is the ego an enemy or an ally?

I see this question creating much conflict between people, and within them as well. It’s a simple question, so why no simple, clear answer? That’s easy, it’s the question itself is flawed. Only being able to see the ego as a friend or an enemy is a great example of a false dichotomy, which is the illusion of only having two options.

Duality is based upon false dichotomy, good or evil, right or wrong, light or dark. It presents this image of a universe of opposites that oppose each other, and you’re supposed to choose one or the other. It’s such an incredibly limited, two-dimensional way of looking at things and it’s precisely why people have such a hard time transcending the ego.

You cannot transcend a dualistic thought through dualistic thinking. The ego is, by its very nature, dualistic thought. Seeing it as either a friend or an enemy, which is a dualistic type of thinking, is just going to strengthen the ego. Such limited thinking blinds you to the truth: The ego is, for most people, both a friend and an enemy. When you succeed at something, you feel proud, a “positive emotion” from the ego playing the role of a friend. When you fail, you feel shame, a “negative emotion” from the ego playing the role of an enemy.

I don’t recommend trying to make the ego into a friend, an enemy, or viewing it as both, simply see it for what it is. Suppose consciousness is a car being driven around, it’s going to start to pick up dirt on the outside, is it not? Now suppose the car is never cleaned, the windows start becoming difficult to see out of. The car picks up so much dirt the original color is forgotten, and the dirt itself becomes the new color of the car. This is the relation between consciousness and the ego, and it doesn’t mean the dirt is an enemy. In fact, the whole idea of having an enemy is part of the dirt that was built up.