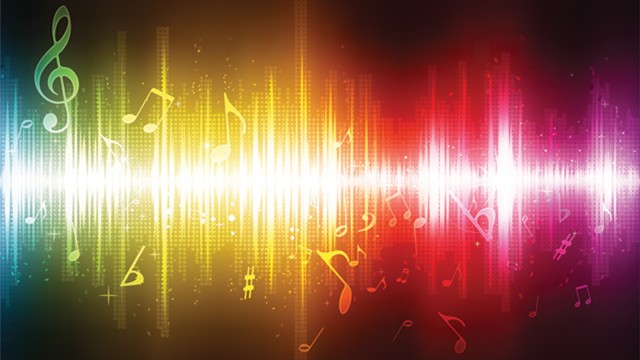 Just as letters, words and phrases carry vibrational information which transmutes out into our greater universe, so too does music. There may be no greater language with the power to break all universal vibrational communication boundaries than that of music.

Imprinted into the fabric of reality is a fluidity which at the underlying core is comprised of vibration. In this current band of reality we exist in, mediums such as color, geometry, tonality and sound, work to transmute this fluid like energy, often referred to as zero-point energy, ether, or ‘the source’, into our waking state. The act of syncopated drumming in particular is a most powerful way of drawing in this source energy into one’s mind through the creation of a repetitive pulse wave which draws in this energy into one’s individual consciousness, merging the individual mind with that of the universal mind.

In this way, instruments are photonic and vibratory transducers.

The field of Quantum Physics teaches that a foundational seed concept from which all other knowledge of our cosmic universe grows is that of String Theory. The notion of String Theory explains that, while our entire universe is made up of particles and their seemingly ever-unfolding plethora of sub-atomic singularities, it is only when these isolated singularities come together to form a string that intelligence is brought to life.

Whether we are examining the string of a Violin or a strand of our biologic DNA, what is found contained within is an intelligence that becomes born only after singular particles are exposed to photonic energy or photons of light, in combination with the pulse waves being emitted directly from the center of our galaxy. Contained within the frequency of cosmic light and the vibratory pulsation emanating from our galaxy’s core exists what very well may be “God’s code”. This becomes apparent when we see that just exposing our own naked skin to the complete spectrum of UV sunlight triggers over 3,000 DNA activations within our cellular biologic matrix; and this same principle goes for plants, which only after receiving photons of light and engaging in photosynthesis are capable of generating their own food, antioxidants, vitamins and phytochemicals, which we humans ingest as medicine.

It is only when isolated singularities come together to form a string that intelligence is brought to life.

In all indigenous cultures, the medicine man, otherwise known as the Shaman, incorporates music as an integral form of medicine for the community. In areas of the world where sunlight is abundant Shamans integrate their medicine of music with specific entheogenic Shamanic plants to maximize healing benefits. However, in areas of greater northern and southern longitudes where sunlight is sparse and plants are nearly devoid, Shamans rely solely on music as their form of spiritual medicine through the use of syncopated drumming.

In Amazonian Shamanism exists the practice of singing medicine songs called Icaros to the patients or recipients of the plant medicine being given. Within these Icaros themselves, medicine is directly transmuted to the recipients through the vibrational energetic power of the Shaman. Just like when working with crystal healing, where a gem or crystal is charged by sunlight and purified by water or sacred plant smoke, the crystal skeleton and blood of humans (which at its very nature is fluid crystalline water and crystalline bone) becomes charged by the Icaros of the Shaman. In combination with the purification of the medicinal plant smoke, this generates massive healing power within the recipient, if the shaman embodies benevolent intentions.

In this band of reality we exist in, music carries vibrational information which transmutes out into our greater universe.

url=https://ifbulrighmil.gq/post/From-An-Idea-To-Write-A-Legal-S
tudies-Essay says...
From An Idea To Write A Legal Studies Essay

url=https://www.aafrc.org/best-organic-dog-food/#comment-277208 says...
Ielts opinion essay how to find your purpose

url=https://lobbibar.ru/reviews/#comment_42986 says...
The ultimate guide to introduce a character

url=http://bronss.ru/blog/vneshnie-akkumulyatory-power-bank-komp
anii-pineng#comment_655245 says...
Best ways to talk about your family in english