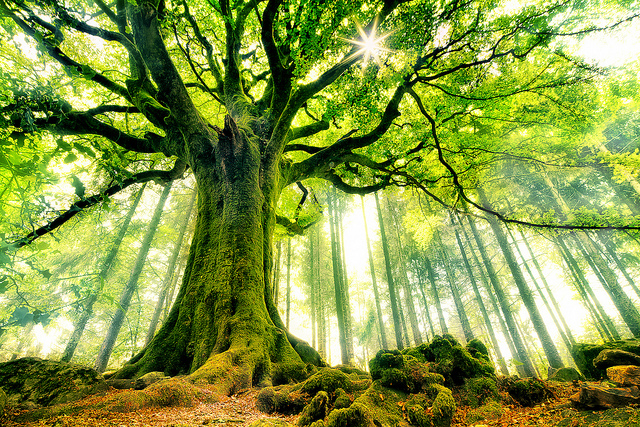 In a world where the sword has forsaken the sheath, we are, as R. D. Laing wrote, “…effectively destroying ourselves by violence masquerading as love.” We are so busy cutting ourselves with the glory of the blade (covert, invulnerable, militaristic, masculine energy) that we don’t realize that the once healing properties of the sheath (overt, vulnerable, loving, feminine energy) has become dried up and nearly useless.

Feminine energy is the template of the human condition, and the divine matrix of the cosmos. We have systematically been suppressing the feminine for thousands of years now. But when we suppress the divine mystery of the feminine we also suppress something fundamental to our existence as a species. We unknowingly begin to differentiate between psyche and nature, forgetting that there is no differentiation. We overlook the fact that they are one and the same thing, interconnected. 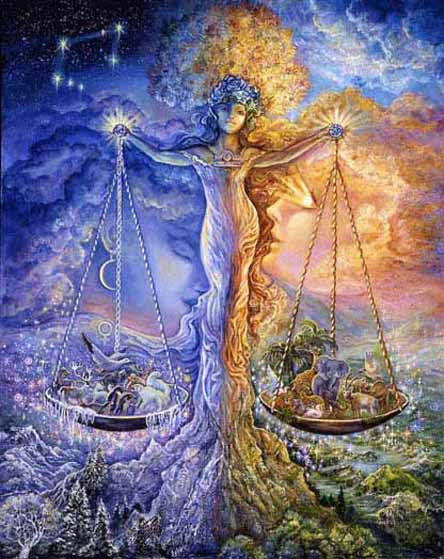 his creates an unhealthy balance, not only within culture but within the human condition itself. It creates a plethora of egoistic individuals who believe that everything is separate and scarce, and very few individuated human beings who realize that everything is interconnected and abundant. The question is: how do we get more of the latter and less of the former, so as to evolve into a healthier species.

In the Divine Comedy, Dante travels through hell and purgatory in order to discover his feminine-self and the capacity to feel and love. Likewise, Faust, after not finding happiness in greed and excess, discovers it in the ability to be loving, tender, and warm. Like Dante and Faust, we too are in hell trying to find happiness.

And, also like Dante and Faust, the way we find it is through a reclaiming of the divine feminine. In a world run roughshod with masculine energy we must, as Luce Irigaray suggested, “assume the feminine role deliberately.” This doesn’t mean wearing dresses and splashing on makeup. This means tapping into that vulnerable place inside each and every one of us, that place that connects us to all things, that place that bursts with nurturing energy and divine love. Even women have been blocked from it and need to rediscover their own sacred nature. As for men, the act of tapping into the Jungian archetype, anima, has never been more important.

Doing so would launch every soul into full-frontal hard-love, with the capacity for aggressive empathy, assertive compassion, brutal honesty, and ruthless nurturing. This way we are individuated, as opposed to individual, and the interconnected whole is within us, indistinguishable from nature and psyche. We literally become a force of nature first and individuals second. Like Clarissa Pinkola Estés wrote in Women Who Run With the Wolves, “The Hindus say that without Shakti, the personified feminine life force, Shiva, who encompasses the masculine ability to act, becomes a corpse.”

Lest our ability to act becomes a corpse, we must reclaim the feminine. We must reanimate Shakti. If each and every one of us embodies the feminine life force then the path toward a healthy evolution for the species becomes clear. Estés continues: “She is the life energy that animates the male principle, and the male principle in turn animates action in the world.” Without the “life energy” of the divine feminine – that is, without a connection to nature and cosmos, the divine masculine fails. And when the divine masculine fails, then the ability to plant seeds vanishes.

But when the male principle is animated by the female principle and is able to “animate action in the world” then the ability to plant seeds is robust and healthy laws can be established. As it stands, there are man-made laws (masculine) and there are the immutable laws of nature (feminine), but only one set of laws matters in the grand scheme of things. These laws are immutable because when they are broken there are direct consequences that cannot be negotiated with. 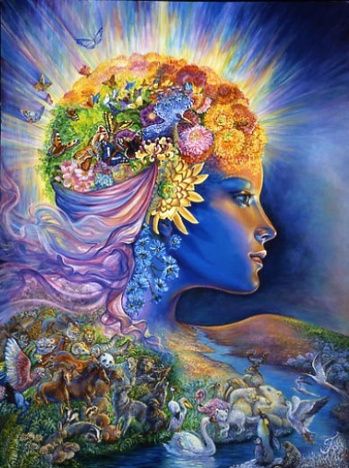 Immutable laws will always trump man-made laws exactly because there is no negotiating with them. The key is to get our man-made laws in tune with the immutable laws of nature, and this requires a connection to the divine feminine so that the divine masculine can act accordingly – that is moderately, and in a healthy way. Einstein said it best, “The intuitive mind is a sacred gift and the rational mind is a faithful servant. We have created a society that honors the servant and has forgotten the gift.”

Because the sacred laws of the universe cannot be written down, no amount of fancy word play can pinpoint the importance of immutable laws. They can only be “felt” in our bones and understood with an intuitive mind, vibrating at a frequency that connects us to all things, through a “language older than words.” Like Herman Hesse said, “As anywhere else in the world, the unwritten law defeated the written one.” It always has and it always will. If it didn’t, then slavery would be the rule and freedom would be the illusion.

But, have no doubt, slavery is the illusion and freedom is the rule. And the only reason this isn’t actualized in our world is because we live in a quagmire of overly-masculine, overly-indulgent, extremely narcissistic individuals living fear-based, militaristic lifestyles. “If it is not in you to stand up for the weakest among us, standing up for yourself is pointless,” writes Lee Burkett. “If it is not in you to speak up for those who have no voice, then speaking up for yourself is pointless.

If it is not in you to care for those less fortunate, then caring for yourself is pointless. What you allow to be done to others, you give permission to be done to you.” We should not be expected to remain calm and pacified in the face of ecocide, rape, misogyny, and slavery. Rather, we should be compelled toward righteous anger. In order to achieve a balance in this world, we need to “assume the feminine role deliberately” by becoming overtly feminist, blatantly compassionate, ruthlessly selfless, and unashamedly loving individuals who live courage-based, demilitarized lifestyles. We need to do this despite, and even in spite of, those who choose to live otherwise.

This way, the sword is reunited with the sheath, balance becomes manifest, and a healthy, sustainable future for human beings becomes a very real possibility on this precious planet we call Mother Earth. Like William Berry said, “It is only on the condition of humility and reverence before the world that our species will be able to remain in it.”

url=https://earethulac.tk/post/Talking-About-My-Family says...
Talking About My Family

url=https://asianewsnetwork.net/jk-bank-opens-new-business-unit-
at-arai-in-poonch/#comment-1319986 says...
What do your doodles say about college admissions

url=http://ctsolarpanelcleaning.com/about/guestbook/ says...
10 step guide to think outside the box