10 Magical Effects Music Has On the Mind 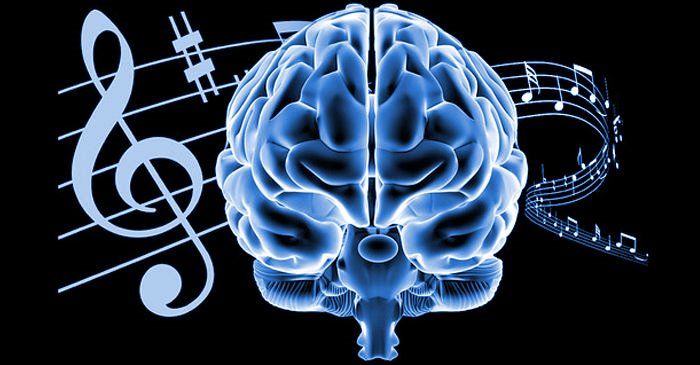 Every fan of music knows the tremendous power it can have over both thoughts and emotions. Great music can transform an ordinary day into something magical, even spiritual. It can provide solace, release, strong sensations and more. But music’s influence spreads further still: right up from our genetic code, through our thoughts and bodies and out into how we relate in groups.

Practising the piano won’t just improve your musical abilities, it can also improve your visual and verbal skills.

A study of 8 to 11-year-olds found that, those who had extra-curricular music classes, developed higher verbal IQ, and visual abilities, in comparison to those with no musical training (Forgeard et al., 2008).

This shows the benefits of learning an instrument are not purely musical, but extend into cognition and visual perception.

Have you ever felt chills down your spine while listening to music? According to a study by Nusbaum and Silvia (2010), over 90% of us have.

How much you feel, though, depends on your personality. People who are high in one of the five personality dimensions called ‘openness to experience’, are likely to feel the most chills while listening to music.

In the study, people high in openness to experience were more likely to play a musical instrument, and more likely to rate music as important to them.

If you’re not feeling the chills, perhaps you should try a little harder.

A recent study contradicts the old advice that actively trying to feel happier is useless.

In research by Ferguson and Sheldon (2013), participants who listened to upbeat classical compositions by Aaron Copland, while actively trying to feel happier, felt their moods lift more than those who passively listened to the music.

This suggests that engaging with music, rather than allowing it to wash over us, gives the experience extra emotional power.

4. Singing together brings us together

Since music is often a social activity, making it together can help bring us together.

A study of almost one thousand Finnish pupils who took part in extended music classes, found they reported higher satisfaction at school in almost every area, even those not related to the music classes themselves (Eerola & Eerola, 2013)

“Singing in a choir and ensemble performance are popular activities at extended music classes. Other studies have established that people find it very satisfying to synchronize with one another. That increases affiliation within the group and may even make people like each other more than before.”

…or at least it can help with the stress and anxiety associated with having treatment for coronary heart disease.

6. Why sad music lifts you up

‘Mood management’ is the number one reason people love music.

And, all music fans know that music can have a cathartic effect. But, it’s still odd that, for some people, sad music can, under the right circumstances, improve their mood. Why?

According to a study by Kawakami et al. (2013), sad music is enjoyable because it creates an interesting mix of emotions; some negative, some positive.

Crucially, we perceive the negative emotions in the music, but don’t feel them strongly.

(Read more: Why Do We Enjoy Listening to Sad Music)

Music may make you feel different, but as little as 15 seconds of music can change the way you judge the emotions on other people’s faces as well.

A study by Logeswaran et al. (2009) found that a quick blast of happy music made participants perceive other’s faces as happier. The same was true for a snatch of sad music. The biggest effect was seen when people looked at faces with a neutral expression.

In other words: people projected the mood of the music they were listening to onto other people’s faces.

8. The colour of music

In a study by Palmer et al. (2013), people from both Mexico and the US showed remarkable similarities in connecting duller, darker colours with sadder pieces of music and lighter, more vivid colors with happier music.

A follow-up study showed that these music-to-color associations were seen because of the emotional content of the music.

9. Could music bring back your vision?

In 60% of people who have a stroke, the visual areas of the brain are affected.

This leads to ‘visual neglect’: the patient loses awareness of objects on the opposite side to where the brain has been damaged.

But, studies have found, when patients listen to their favorite music, some of their visual attention is restored (Tsai et al., 2013).

So, music can be an important tool in rehabilitation for stroke patients.

Infants as young as five-months-old respond rhythmically to music and seem to find it more interesting than speech.

In a study by Zentner and Eerola (2010), the babies spontaneously danced to all different types of music, and those that were most in time also smiled the most.

Maybe music really is in our genes!