A Journey Through Self 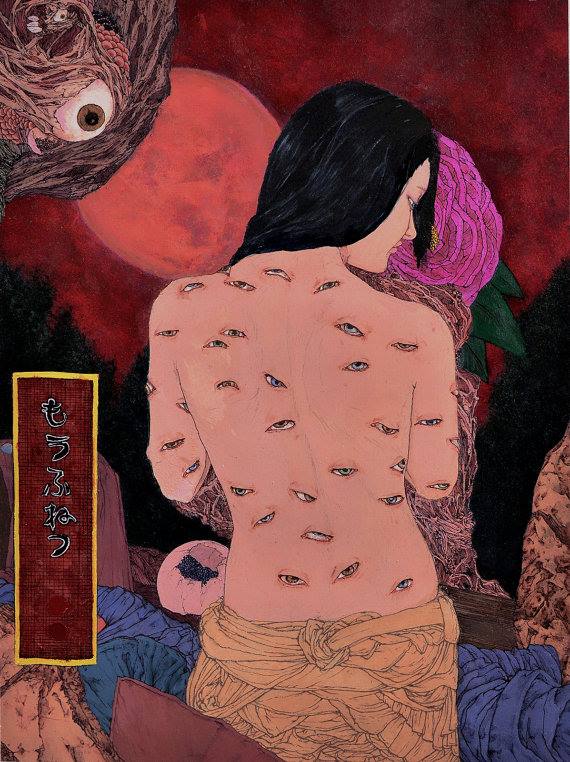 “No one serves us but ourselves. No one can and no one may. We ourselves must walk the path.” – Buddha

While we understand the implications of this statement we can only know through experience the gravity of this knowledge that’s so commonly tossed away into our mind. I first realized the intention behind this when I finally managed to move my consciousness through my body and sensed that several sensations although constantly changing, were present throughout my body and what was actually moving was my internal gaze of awareness as I journeyed from my head to toes.

As I moved from one inch of my physique to the other, I could feel several tiny particles vibrating which revealed the true state of our physical structure at the molecular level and its nature; a constant vibratory change. I kept moving my awareness up and down at a slow yet constant pace, and while I moved and felt different vibrations I experienced different emotions – joy, euphoria, lust, sorrow – with different sensations of cold, warm, hot, fire, tickles, pricks, pinches to identify a few for general association.

Each moment I traversed this holy path through these emotions and sensations, the esoteric phenomena revealed itself with increasing pace and I was confronted with distractions etched from my subconscious baggage, trauma and happiness. At this stage I realized the reality of our existence is to detach ourselves from the grosser manifestations of reality to the most subtle ones within ourselves, as we interact with the world external to our only true home on this plane; our body! Through working with this we can realize that any thing that comes into our lives and begins to cause us joy or sorrow is but a passing whim.

And we can finally dance to the tides of time riding each wave. The sense of right and wrong, good and bad are tailored by our subconscious conditioning to satisfy and calm the ever-challenged ego as it struggles to attain its context torn between the several fabricated tools of mankind: democracy, society, consumerism, capitalism.

All different heads of a terrorizing giant, yet a loving serpent we have created and called ‘life’ for the entertainment of the ego, while we wither waiting yet another force of pure fabrication; God & Judgment. We are thus further deluded in our obscurity from the spiritual trajectory. In order to break this hold of mistaken identity crisis to reality we need to elevate the need for identity while working in the higher realms of consciousness to only retain our purest intent and essence and not the build up of blocked energy from our material and worldly games.

All sense of boundaries need to be destroyed individually within ourselves in order to function at a higher frequency or we are likely to be pulled out of our bodies while still holding on to our material existence during spiritual journeys and visions. The gravity of the subconscious unearthing of emotions and beliefs during spiritual progression can be strenuous and challenging to deal with.

Every breakthrough in the spiritual essence of the word requires demolishing obstructions esoterically and in such situations if we are alone or in an unprotected space the consequences have a potential to be life threatening, as we are in the particulate flow of the catharsis of evolutionary change.

In these situations we are suddenly confronted by our infinite potential for communication and convergence with higher entities. But in order to communicate with them in their world we need to escape the ‘idea’ of this one. Although we exist together with the higher planes we are removed by our delusions of reality as we grasp for control, and so we turn to religious belief to battle forces we don’t understand.

When we are faced with the reality of spiritual progression we need to be prepared for rapid expansion and to let go of all the beliefs and notions we hold about the laws of reality. As only when we unlearn the lie can we glimpse the truth, and only we can provide ourselves with these means of breaking down the Walls of Jericho guarding our consciousness.

“Some part of our being knows this is where we came from. We long to return. And we can. Because the cosmos is also within us. We’re made of star-stuff. We are a way for the cosmos to know itself.” – Carl Sagan This life is our journey as an individual through its ephemeral confines. Anyone we meet along this journey are all in fact headed the same way but its prudent to remember, there are no piggybacks or collective journeys in the esoteric realm…