The Relation between the Sun and Human Consciousness 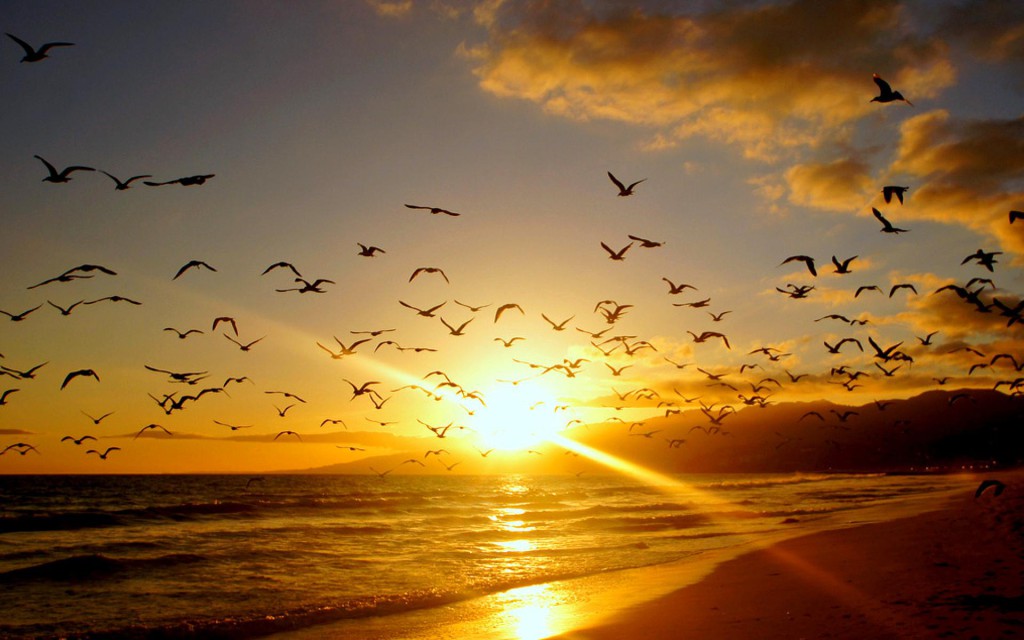 “I could wish that I had such power of language as should avail me to assure those who would set the worship of man above that of the sun. Those who wish to worship man (an historical Christ) make a huge error!” ~ Leonardo Da Vinci

The sun is such a regular and constant sight in our daily life that we seldom acknowledge its existence. The sun is one of the primary reasons that life exists on earth. How many of us have really thought of the possibility that the sun might be a conscious being? When you think of the relationship we all share with the sun, how can it be just a ball of gas when it is responsible for life on Earth?

The sound of the chirping birds at the break of dawn, or certain types of flowers that wait for the first ray of sunlight to blossom and revel in its beauty; this serves as a reminder of how nature is closely dependent on the sun. Even the beauty of sunrise and sunset touches us all. It has several hidden benefits that prove it is a lot more than a enormous lamp that lights your daily activities.

“Nothing is more important to us on Earth than the Sun. Without the Sun’s heat and light, the Earth would be a lifeless ball of ice-coated rock. The Sun warms our seas, stirs our atmosphere, generates our weather patterns, and gives energy to the growing green plants that provide the food and oxygen for life on Earth.” ~ NASA Ancient practice of sun worshiping Primitive people worshiped the Sun and were afraid when it would disappear during an eclipse. Humans since time immemorial have worshiped the sun – In ancient Egyptian mythology, the name of the “Sun” god was “Ra”, the one who “ra”diates.

Few Native American tribes, such as the Iroquois and Plains, recognize the sun as a life-giving force. Many Plains tribes still perform a Sun Dance each year, as a sign of renewal of the bond man has with life, earth, and the growing season. “Ô, Sunlight! The most precious gold to be found on Earth.” ― Roman Payne Ancient Greeks used sunlight as a form of therapy, now known as heliotherapy. Surya is glorified in the Vedas of ancient India as an all-seeing god who observes both good and evil actions. He expels not only darkness but also evil dreams and diseases. In Yoga, Surya Namaskar or Sun Salutation is an ancient technique of expressing gratitude to the Sun that is the source of all forms of life on Earth.

The solar plexus is said to be connected with the Sun, and regular practice of Surya Namaskar enhances your creative and intuitive abilities. Sunlight is helpful in curing depression as it is known to increase serotonin activity in one’s body. Not to forget, it is an important source of Vitamin D. Sun and the Human Consciousness There is no denying the statement that we all are made up of stars.

Dr. Michelle Thaller, an astronomer and science communicator at NASA’s Goddard Space Flight Centre gave strong evidences to prove that indeed all of us are ultimately dead stars looking back up at the sky. “Every single cell in our bodies contains elements created in the burning centre of a collapsing star — from the iron in our blood to every bit of calcium in our bones and keratin in our hair.

That’s because in the very early days of the universe that followed the Big Bang, only the simplest elements existed, like hydrogen.”

The sun sends out radiation in waves that vary in length from kilometers, to a fraction of a molecule. New methods of observation, show us that the sun itself is a living system, with chaotic, fractal electromagnetic patterns throughout. Dieter Broers, a bio-physician found strong connections between changes in the magnetic field of Earth caused by solar activities like solar flares, solar eclipse and human consciousness.

Magnetic storms on the sun are so intense that they can disrupt radio communications, cause homing pigeons to lose their way, and in other ways affect what happens on Earth. According to Carlini Institute, solar activity is known to affect human consciousness.

Solar flares affect the Central Nervous System (stomach lining), all brain activity (including equilibrium), along with human behaviour and all psycho-physiological (mental-emotional-physical) response.

A boost in solar activity could simultaneously be a better thing for us, boosting our brain’s capacity to handle information, expanding the boundaries of our imaginations and creating positive social transformation. Express your gratitude, bask in the sun, and let the light in.