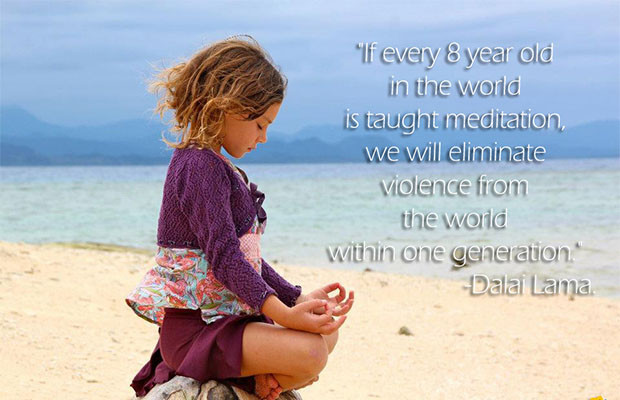 Nothing happens until our words turn into actions. The difficulty that our generation has is that when it comes to direct action, we stall. There is no solution to terrorism but one, no matter how much money the citizens of the world will invest to stop it. It will simply increase. Why? It is because terrorism is the result of the increasing gap between the rich and the poor. Humans with great offices and power in this world will tell you that the cause of terrorism is something else. Do not believe them. They are trying to protect their power, which has been accumulated at the expense of the starving millions of the world.

Let the people of this world with their credit, stocks, saving accounts, and retirement plans to give a piece of bread to their starving brothers and sisters around the world and see what will happen. If they want to have peace and have a future, let them non-violently force their governments to use all the immeasurable resources they use for bombs and spying on one another to give a clean cup of water to those who have none.

If you want to make a difference in our world and therefore to your own life, then you start with yourself. And what do you do? You renounce the securities of this world and you give them to those who have less than yourselves. Gandhi said: ‘You become the change you want to see in the world.’

If any one of those who want to see a better world is sincere let him/her start with the self. If any kind of leader of this world desires to offer leadership for a better world let him/her renounce all material possessions like Gandhi did and follow his example. If citizens desire to see a future for their children let them follow the example of Gandhi’s

and the early Christians.

The leaders of this world are ready to stain the whole world with innocent blood again. It would not be the first time but the third and most likely the last one. Military force will intensify the hatred toward the countries using it and terrorism will continue to be a threat to everyone. We have become again the evil we deplore. We already have ignored the fact that biological, chemical or nuclear terrorism would be thousands of times worse. If the people of the world stay in the phase of just talking without using non-violent civil resistance and direct action, we will soon see the global catastrophe that no one would like to see or can even imagine. If we choose to stay simply talkers, that day is not very far from us.

It Starts With Us

The world’s war and peace situation will never be addressed as long as the major powers continue to hold on to their weapons of mass destruction. Inspectors are not needed in countries like the U.S., Britain, France, Russia, and China in order for the world to know that they already possess these offensive and criminal nuclear, chemical, and biological weapons and long-range missiles. Yet children in those countries are not dying from sanctions.

Why is it a crime for Iraq and other nations to seek these weapons but not for the so-called “great powers”? But as someone once said, the world knows that they fail to match power with responsibility and have licensed themselves to be shepherds who prey on their sheep. We cannot grasp the fact that while most American, English, French, Russian and Chinese children enjoy their playgrounds in safety, children in other nations are mutilated and killed by American and English bombs and mines.

Permanent members (U.S., Britain, France, Russia, and China) of the security council are promising security to the world while their arsenals posses such destructive power that it is enough to destroy, even by mistake, what they claim to secure. Would it not be wise for the people of a planet tormented by fear and greed make a Security Council for themselves made up of countries that do not posses weapons of mass destruction? And would it not be wise for that Security Council to be a group of countries that represent all religions? Would a mature humanity still talk about crusades and holy wars? How objective could a world security council be when four out of five of its members are Christian nations? Would Pakistan, a Muslim country, be a permanent member of the Security Council if it had 6,000 nuclear bombs?

If today’s authorities in every country were honest enough to entertain these thoughts, perhaps the world could be saved from the coming omnicide. But in reality, the politicians or the soldiers cannot save the world, only the ordinary peoples. Only when the people heal their fears and greed and give their extra money (resources) to relieve their neighbors, will omnicide be avoided. If people cannot do that, then it seems like they will run to the caves soon. Their leaders will not be able to save them. They will realize that all writings and talks were in vain because they did not accept and practice the truth that “your brother is the same as you”. Probably the very few who will survive will learn to share in the caves, and they will finally learn that we are all one.

In matters of conscience, numbers are meaningless. If we do not care for the beggar at our doorstep, we will not care for the thousands of people dying everyday in our world in agonizing death inflicted by our tax money. Only if we unconditionally care for our friends and family will we care for the suffering of the people on the other side of the globe.

We need to start where we are. How many people practice the exhortation “if you have two, give one to the one who has none?” If we know the answer, then we know the future.

Do not judge this message as religious, atheist, political or propaganda. Just try to practice what you know is the only way to have peace on earth. You might say “But there is no hope because there is too much ignorance around ready to destroy life.” That might be true, but do it anyway because that is our duty and that is the way we find true happiness and meaning in life. Socrates said: “An unexamined life is not worth living.”