Who Thinks Your Thoughts? 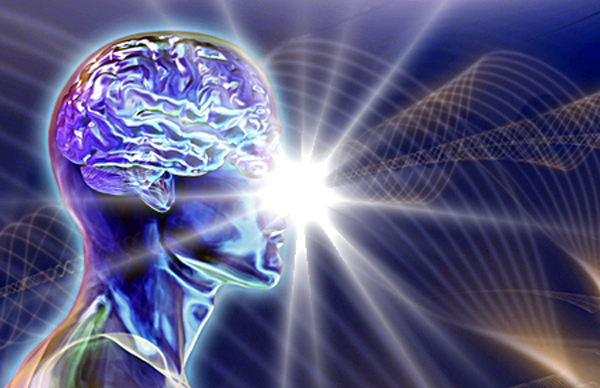 The notion that how we feel is merely caused by events around us or directly involving us, is a scourge of our modern times. To believe that the external world and its perceived relationship to us is the major determinative factor in how we feel (“I can’t believe he/she said that to me—that’s so outrageous!”) is disempowering and self-destructive.

We impose our “shoulds” on what we perceive as “the world out there”, and then when it fails to live up to our arbitrary and abstract standards, we pout, mope, grumble and complain that it “should” have been different. Rather than tweaking our perception, we demand that the thing we perceive should tweak itself! When people fail to conform to our whimsy, we often then fall into yet another error avoided by the mindful: we replay upsetting events (events that we perceived as upsetting) and our emotional response/s to them in our heads over and over, further upsetting ourselves!

Many people like to imagine how they would have responded differently to an unpleasant scenario: perhaps some pithy and scathing repartee to put the aggressor in their place, or some supremely composed nonchalance in the face of adversity. But these mental rehashings and rehearsals have several negative effects, including: further encouraging sloppy, undisciplined and counterproductive thinking; distracting us from the present, wasting our time and energy; and the internally generated fight-or-flight stress response needlessly releases more cortisol into our blood, aging us even faster and suppressing our immune systems)—even though the moment has passed.

This function of our “time-binding semantic circuit” (as Tim Leary and Robert Anton Wilson have referred to it) makes us unique among the creatures on this planet. Only we humans choose to torture ourselves by replaying imaginary scenarios from the past that are unrelated to the present moment! We are unique among the creatures on this planet in our ability to squander the gift of the present moment by our thoughts of the past.

Firstly, we need to drop our “shoulds” in the moment and adopt a more “go with the flow” mindset wherein we acknowledge the infinite diversity of the multiverse and accept that there will always be things that crop up along the way that we won’t necessarily be overjoyed about. Believe that that is okay (and that it may ultimately be in your best interests!), and, as Niebuhr said, try to cultivate the serenity to accept the things you cannot change.

Next, we need to learn not to RE-act unconsciously to stimuli, rehashing our established habitual response to some perceived stressor. (“I can’t believe you’re doing this to me again!”) Instead, we need to develop a modicum of detachment and learn to observe what is occurring without identifying with it. That goes for both external processes and internal thought processes.

People forget that no matter what happens, there is always a multitude of angles to view it from, all of them complimentary. Too easily do we adopt the idea that our personal viewing angle trumps any other: “How I see it is right. I am completely objective. THEY are wrong.” It can be an extremely useful and healing exercise to step into another party’s shoes and try to humble oneself enough to see things from their perspective.

If it’s too late for you to try multi-angle viewing in the moment because you’ve already gotten swept away on a wave of emotion, all is not lost. You can still step back from your own thoughts and feelings: they are not you. Any thought or feeling you can observe (which is all of them) must be something other than yourself, something less than the totality of who and what you are.

Your thoughts and feelings come and go, they are transient, and yet through them all, you remain. Observe an emotional response, resist the temptation to fight it, and allow it to pass without judging yourself for having the feeling. Feelings are only human, but as the observer, you are uncoloured, untainted consciousness.

Before we ever thought or felt, we were simply consciousness being. We can be that consciousness and train ourselves out of unconscious identification with our transient thoughts and feelings. You have feelings (and beliefs and thoughts), but they are not what you are. As Stephen Wolinsky notes in Quantum Consciousness, if a part of you can observe your feelings of sadness, then you must be more than merely the sadness itself. Observe it, don’t identify with it: it isn’t you. Thus, we learn to become the master, and emotion the servant.

Given the realisation that you have a choice between neutrality, humour, offence, sadness, pain, anger, or even joy, in virtually any given circumstance, “Surely,” you might reason, “only a masochist would consciously choose anything other than enjoyable psychological assessments of and responses to events, or at the very least, relatively peaceful or neutral ones.” But we habitually and unconsciously choose anything but peace, neutrality or joy. Through effort, we can cultivate the mindfulness that allows us to recognise (“know again”) in the moment that we are the ones who choose our thoughts and feelings, no one else.

An amusing example of choosing a pleasant observer-created reality over a relatively unpleasant one that comes to mind regards the beloved Scottish comedian Billy Connelly. During a visit to America, Connelly was walking down a city footpath during a major traffic standstill, wherein a bus found itself stuck in the middle of an intersection, unable to move out of the way. One irate motorist who couldn’t quite cope with the “injustice” of the situation got out of his car, walked up to the bus and actually swore at the hapless passengers! Observing this as he passed by, Connelly burst into laughter at the man’s completely irrational paroxysm (as if the passengers on the bus were somehow responsible for its position on the road!).

Now, Connelly could just as easily have shaken his head, got on his “high horse” and bemoaned the inappropriate nature of the man’s uncivilized and anti-social behaviour, but he didn’t do that. Instead, he immediately recognised the absurdity of swearing at the ill-fated passengers on the bus (who were also stuck in the traffic jam and being similarly delayed) and found the humour in the man’s aggro.

The absence of “shoulds” meant that Connelly’s observer-created reality was one in which humour was readily to be found; not so for the raging motorist, blinded and overwhelmed by his frustration. Almost any number of interpretations could have been made besides this one, but Connelly instinctively went with one that was not self-destructive and did not cause himself mental anguish or a foul mood—au contraire: laughter is good for the soul, our disposition, and the human immune system!

What will be the next choice you make in experiencing your subjective observer-created reality? If finding the lighter side of adversity comes to you with as much difficulty as it did for the unfortunate road-rager who provided Connelly with his street-side entertainment, then try to cultivate the habit of observing, and then observing yourself observing. You’ll be amazed at the number of cognitive options you see at your disposal that would go completely unnoticed if you were identifying with your perceptions, beliefs, and judgements, and the feelings flowing from them.

No identification, no suffering. From an “observer space” you can consciously choose what to think and feel—you have options. Identification, on the other hand, leads to transient reactive emotion (often pain). In observer mode, you might see that no one does anything “wrong” according to the world view they have constructed (as Neale Donald Walsh explains lucidly in Conversations With God).

In identification mode, you can be upset and offended and will judge and label instead of observing. This often leads to festering resentment, and the aforementioned mental replays of an upsetting incident ad nauseum, thus allowing the “culprit” to live rent-free in your mind (“I’m not going to let them get away with that!”). But once a troubling or challenging event has passed, if there are still lingering thoughts and replays running in my mind, I find it a useful strategy to get honest with myself and ask: “Who is thinking my thoughts? Who creates my emotions?” Obviously, the answer is me, so therefore it is I who is now causing myself the grief — what a masochist! Knowing this, I can acknowledge that I and I alone, get to choose what I believe and think, and therefore how I feel. Observing that is a powerful thing!

A call to evolution:

Disidentify — know there is a difference between having thoughts and feelings and being them.

Replace your “shoulds” with preferences — and your preferences with flexibility and openness.

Habitually observe your train of thought to identify and weed out self-defeating patterns.

As the observer of your emotions, consider that you must be something more than them.

As a more detached “observer awareness” develops, notice that you have the power to choose both intellectual and emotional responses to situations — rather than simply re-acting habitually.