Deception on the Spiritual Path 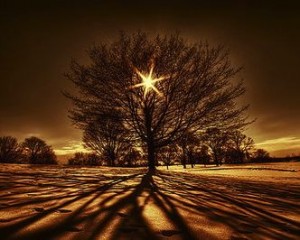 It’s so easy to create illusionary realities on the path. Subtle essences of ego know how the soul is likely to act in particular circumstances. We’ve ‘seen’ what ‘Enlightenment’ looks like and a part of the soul might want to copy that. It’s kind of like an echo of the real thing. These are the shadow identities that can be so deceptive. We’re in a place of bliss perhaps, but is that where the soul is meant to be? It’s not helped by the persistence of an “Opposing Consciousness” in the field, a purposeful energy with an underlying agenda to limit mankind’s evolution. But if we can be honest with ourselves, there’ll be an unease with any false dawns. We’ll find the true light…

The danger of identity

For some its hard to imagine I know, that in the ‘Matrix’ field all around us, there are deceptive energies that are collectively called an Opposing Consciousness. When you expand into the fourth dimension, if you truly question the nature of what you find, then you’re bound to experience it. It’s a formless energy with many guises that can slip into the psyche of the unaware.

It’s purpose is to create fixed eddy currents of limiting behaviour, attachments that generate filters: such as thoughts, feelings and emotions, that play through our field, which we then create realities around. Often these deceptions – like false love and light – feel so close to the truth, we’re happy to dwell in them. What happens is they create a polarity in your field, through which you bleed energy.

It is this which helps perpetuate the Matrix in which we live.

The soul doesn’t need fixed identities – especially spiritual ones. It is boundless, unlimited, it will happily explore the density of a heavy place just as a light one. It’s purpose is spiritual growth through ever expanding personal integrity of knowing – knowing the truth of reality as experienced through your being.

The Matrix – a complex weave of frequencies

In society we’ve become so used to the ‘Matrix’. It’s a word that’s glibly cast around and mostly referring to an intellect-based, subconscious collection of human generated thought forms that the one percent use to control society. But actually it goes much deeper than that. It is a complex weave of vibrational frequencies sustained from the fourth density. It’s like white noise, that we’ve become so accustomed to, it’s slipped in sureptitiously and now sits silently in our subconscious.

There are two key frequencies that it ‘plays': one some call ‘false love and light’ and the other, I call ‘the raptor consciousness’. The first is a frequency which effectively draws the higher soul out of the bodymind. If you’re in that aspect of the soul, it will feel like bliss – probably something you’ve heard good things about and want to stay in. Yet it prevents the higher soul from integrating down into the bodymind. We become spaced out and ungrounded, not really fully ‘here’. I’ve seen it happen to spiritual seekers who’ve experienced at least a partial kundalini activation; they’re now ‘up in the clouds’ struggling to embody again.

The ‘raptor consciousness’ is all about consumption. It’s a dense frequency that revels in the physical nature of life. Of course there is nothing at all wrong with enjoying the pleasure of materiality: sumptuous food, loving sexual intercourse, the joy of being in a physical body, yet it’s so easy to become attached to these things, to become engrossed in them until the lower soul is distorted and ‘owned’ by them. It’s seems like additives in our food, pornography, and excessive attention to glamour are purposefully propagated to accentuate these behaviours. They desensitise us to the higher soul, separating us from our ultimate destiny. It is particularly these frequencies which we need to watch for, uncover and unwind.

In my perception, these frequencies are part of a complex deception by the Opposing Consciousness to lead humanity astray from alignment with the divine design for our reality and our planet. They’re the truly hidden agendas, ones that go even deeper than most of the surface level conspiracy theories.

They’re propagated surreptitiously through thought implantation and stimulation of emotion.

Here’s just a few of them:

False love and light: we’ve perceived that its unevolved to judge. So now there’s an acceptance of anything goes. We may have accessed the softness of the higher soul and attached to that. We’re now less able to integrate within the body and influence the physicality of life in alignment with the divine.

The Raptor Consciousness: is about reveling in the false sense of abundance of materiality. ‘Intentionally Manifesting’ falls into this particular trap. It may feel like everything’s clicking into place in a material sense, but is it because we’re subtlety aligning with the matrix of excessive consumption and exploitation of natural resources? If spiritual success comes quickly, it’s often a false dawn.

The eco-friendly bandwagon: it’s entirely natural to want to apply greener and more environmentally conscious ways to live. Yet so often, it’s still about how we can shape a more sustainable future for mankind (and the entities we’re hosting). Instead of aligning with the greater good of all sentient life on planet Earth. There’s still the falsehood of wanting to control environments, rather than trusting Gaia to do what she does best.

“Free Energy”: nothing is free! Every cause has an effect. Even if we magic energy from the Zero Point Field, we have to create the machines to do it and then widespread tools and gadgets to benefit from them. These all require resources of which Gaia has a finite capacity. It risks another false dawn, falling into the camp of continued earth exploitation, rather than needing less, and discovering that less is more.

The technology solution: to me, there is a very clear Opposing Consciousness agenda to accelerate the technology race to take humanity out into space, especially as the earth’s surface becomes increasingly exploited. Or else to find cleaner ways of exploiting more. I do believe we can benefit from improved technology, but certainly not at the expense of planetary harmony with all life, nor our own destiny of self realisation. Technology has so often become a tool to distract and divert.

Spiritual possession: as unpleasant as it may sound, I’ve observed an accelerating agenda to tempt souls out of their body through false Ascension techniques and then trapping them in a false bubble within the fourth density. Opposing Consciousness then effectively possesses the largely vacant being. You witness it as an aloofness or vacancy in the eyes. You feel it as a density in their lower field.

Having hosted many spiritual workshops, time and again I’ve witnessed these underlying agendas ‘hiding’ within apparent truth. I recall one such experience…

We were sitting in a highly energetic meditational space, working to infuse and embody higher soul. But clearly there was misunderstanding. We were not looking to bring light in from elsewhere, only from within our own field. Suddenly, Trinity and myself experienced higher dimensional apparitions appear, in the form of recognisable “Ascended Masters” that one of the group had been tuning into. They filled the space with the blissful sense of love and light. At first I was almost taken in by it, so alluring was the energy. But a warning light in my own inner guidance flickered. Tuning into other members of the group, I could feel a number of souls being drawn upwards, unable then to integrate higher beingness in their own bodies. We felt it simultaneously and energetically insisted they leave. It was then much easier for people to ground and infuse higher soul.

What makes us susceptible?

Lack of self honesty: this is born out of attachment to the need for an outcome (like to be successful or accepted). We can hear the quiet voice, but deny or ignore it.

Spiritual glamour: apparently we’ve processed out much of the ego. Yet an imposter of the soul hides behind the mask of ‘expressing joy and uniqueness’, ‘helping lots of people’, ‘healing the planet’ or ‘spreading love and light’. But is it truly selfless?

Lack of trust: not trusting in the flow of the universe and how cosmic consciousness unravels disharmony or injustice. So there’s still a latent desire to try to ‘take things into our own hands’ rather than aligning with this cosmic unraveling.

Hidden desires: there’s an authentic soulful yearning to fulfill divine service. But so often, ‘imposters of the soul’ hide within these desires, because we’re not fully satisfied with the void of emptiness – the abode of the absolute.

Insensitivity: especially in internet social networks, the spiritual journey risks becoming more an intellectual exchange of ideas – ‘research’ – rather than deep realisations. There’s a looking for surface level satisfaction rather than the persistence of going deeper.

Lack of patience: the universe takes its time to unfold in its fullness. But society has conditioned humanity to quick and expedient fixes. Ever greater depths of patience help the soul to fully embody, which then shapes reality authentically.

Become the Void: first and foremost is to explore one’s own being ever deeper until you touch the Void of infinite potential. When you find peace and contentment just the way things are, without need of change, then you become less susceptible to the glamour of a quick fix.

Test the soul: keep aligning with, attuning to, and testing the soul in every single moment. How does your soul speak to you? How do you recognise its vibration? But always keep testing this alignment against the question “is there a deep sense of ‘rightness’ with this behaviour or action?”

Tune into synchronicity: synchronicity is the objective mother tongue of the universe. If we accept totally that we are the creators of our own reality, then the mirror we manifest will surely tell us if we’re going astray – if what we create causes inner tightness and subtle contraction.

Watch for repetitive patterns: if we’re running a distortion (a conditioned behaviour), but we’re being profoundly honest with ourselves, then patterns of conditioned behaviours will manifest themselves. By the Law of Attraction we’ll draw appropriate situations and circumstances to confront our limitations. Openly embrace these gifts.

Seek to move beyond self judgment: we all make mistakes! None of us are perfect (at least not in an evolving being sense). So if we see that we’ve been caught in some kind of deception, self forgiveness and acceptance is key to mastering it.

The walls of the Matrix are Fragmenting

Fortunately, a growing number of evolving people are beginning to test the illusions, including the spiritual ones, that the Opposing Consciousness has helped us create. Energetically we’ve been working behind the scenes sending out vibrations that question the legitimacy of the system. To me, it’s this that caused the credit crunch for example in 2008; it’s this that’s challenging and fracturing the inequity and injustice we see all around us. When people challenge the deception within their own being, it’s then that they send the Opposing Consciousness packing.

The matrix we live in is so much more than a collation of humanity’s mental control and manipulation dramas. It’s been purposefully created as entwined vibrational frequencies to limit and suppress. Well now I can literally feel that fourth density web unraveling and beginning to break apart.

As above so below: thus we can rightly expect to see the unraveling effect here in the 3D. And I do believe we are seeing the early signs: growing financial instability; ever more people challenging the unseen powers; accelerating spiritual liberation. But this is only the beginning, we must keep on pushing through, being absolutely honest within the Core of our own Being.

Then surely, one day, the deceptive walls of this unjust Jericho will topple!