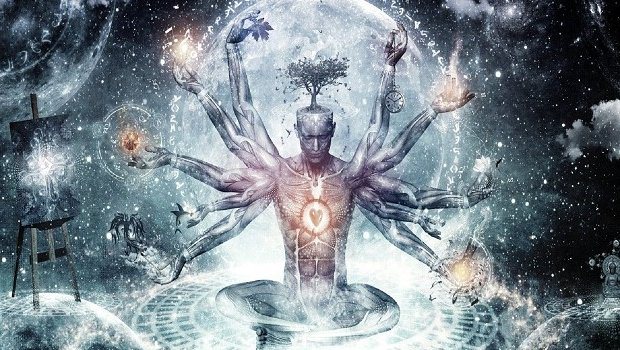 Why do we reincarnate? How do our past lives determine what lessons we will learn in the next life? How long do we wait in between lives? Do we know what we will look like? Who helps us decide what life experiences we would like to have?

Reincarnation is the religious or philosophical concept that the soul or spirit, after biological death, begins a new life in a new body that may be human, animal or spiritual depending on the moral quality of the previous life’s actions.

The word “reincarnation” derives from Latin, literally meaning, “entering the flesh again”. There is no word corresponding exactly to the English terms “rebirth”, “metempsychosis”, “transmigration” or “reincarnation” in the traditional languages of Pāli and Sanskrit.

Lord Vishnu is known for his ten incarnations, the Dashavatars. Celtic religion seems to have had reincarnating gods also. Many Christians regard Jesus as a divine incarnation. Some Christians and Muslims believe he and some prophets may incarnate again. Most Christians, however, believe that Jesus will come again in the Second Coming at the end of the world, although this is not a reincarnation. The Buddhist concept of reincarnation differs from others in that there is no eternal “soul”, “spirit” or “self” but only a “stream of consciousness” that links life with life.

Psychiatrist Ian Stevenson, from the University of Virginia, investigated many reports of young children who claimed to remember a past life. He conducted more than 2,500 case studies over a period of 40 years and published twelve books, including Twenty Cases Suggestive of Reincarnation and Where Reincarnation and Biology Intersect. Stevenson methodically documented each child’s statements and then identified the deceased person the child identified with, and verified the facts of the deceased person’s life that matched the child’s memory. He also matched birthmarks and birth defects to wounds and scars on the deceased, verified by medical records such as autopsy photographs, in Reincarnation and Biology.

1.To experience the fruits of one’s karmas: This is the main reason for rebirth. Sattvika (good or righteous) karmas reward one with the pleasures of Svarga. Rajas (pleasure-seeking) karmas reward one with mrutyuloka (mortal realm or earth). And Tamas karmas (actions related to inertia, laziness and evil) condemn one to patala-loka.

3.To complete one’s unfinished sadhana: When an aspirant making spiritual efforts for liberation from maya dies without attaining his or her goal, the jiva gets as a natural cause-effect another human body to complete its sadhana.

4.To fulfil a debt: When a jiva is indebted to another jiva, it gets a human birth to fulfil its debt and receive what is owed to it. The jiva comes in the form of a relative, friend or an enemy.

5.To undergo sufferings because of a great soul’s curse: A person’s grave error or sin may incur the wrath or displeasure of God or a Rishi. This results in the jiva of that person getting another birth, not necessarily into a human body.

6.To attain moksha: By the grace and compassion of God or a God-realized guru, a jiva gets a human body to purge itself of the layers of base instincts.

The following is an amazing excerpt on reincarnation:

Spirits reincarnate on earth because they are being given the opportunity to accelerate their learning process to achieve higher consciousness levels. This occurs because they become involved with so many more experiences in the physical world.

When a spirit does choose to return to earth, it is because they have had a very good understanding of the lessons that they were to have learned in their past life and what they did learn or what they did not learn and what they will go to earth to do in a new life.

You always return to earth at a later date than when you left earth.

In the past the typical times between death in one life and birth on earth in another life could have been centuries. Because earth is evolving so much quicker and manifesting events almost instantaneously, those who had made great progress in their most recent past life are given an opportunity to return much sooner than had been the case in the past to help those who are struggling with their spiritual evolution.

In just about every reincarnated life, individuals return to an environment and experiences that they have always felt and shared and wanted to evolve into. And so they are given the opportunity to move back into environments where those desires and experiences in previous lives can be enhanced and can be fulfilled.

A child comes into a family generally because it is to help that family as well as that family to help it. And there are families that are selected that can help encourage them.

One can reincarnate into another nationality, but the majority of the time one reincarnates back into where it has spent most of its lifetimes, whether it be Christian or Jewish or Arab, it does not matter.

An incarnating spirit does not choose its physical appearance but it does see its appearance prior to coming back to earth.

Spirits often like to nudge their new family it is coming to to choose a name that it would like to have, but name-choosing is generally done through the three-dimensional world for in the spirit world, names are not important.

Spirits who are reincarnating do not experience competition in the spirit world over the same earth life.

The first and most important lesson for every spirit that comes to earth is for it to learn its own spiritual lessons and to have a knowing of the individual it is and also to help others to understand their inner beings as well. This effort is more important than acting in a way which would help humans generally to progress in their earthly existence.

It is not true that an individual will necessarily experience an energy that they have created in a former life, so-called Karma. Instead, one will be given the opportunity to learn from the lessons and the energy created in the past to wipe the slate clean, so to speak, and move beyond that and not have to re-experience it.

It is an infrequent occurrence that a child would die, go back to heaven, and then be reincarnated back into the same family. If it did occur, that spirit returning a second time would have the benefits of the experiences that the family went through in losing a child.

Spirits in the same family grouping in heaven can reincarnate simultaneously into lives that will have a great deal of interaction. A strong bond is often felt when these individual have paths that cross.

A most general life plan is prepared before a spirit is reincarnated. Once it reaches its human level it is generally disconnected from its spiritual level and any pre-knowledge it has been given, because it does not have to follow that path–it is being given the choices.

Those individuals who originated from a world other than earth are very highly evolved beings and often find themselves very confused as earth beings but have made that choice to bring that wisdom, that knowledge and the ability to communicate other existences to earth in one way or another, to help the earth’s spiritual evolution become so much more powerful than what it currently is.

People who have always reincarnated on earth generally do not choose at some time to go to a planet other than earth for reincarnation.

Inhabited planets are often found throughout the universe.

You on earth are envied by many from the other worlds for you have in your humanness ability to still feel and express those feelings, to have a beauty upon your world that many other worlds in the universe do not have.

The earth is a living entity and has a soul which was created to be highly spiritually evolve. Earth is quite dismayed at the amount of disrespect and destruction that is being done in the name of progress.

Both humans and extraterrestrials have much to offer and the creation of a hybrid form of these races in the future will be most beneficial to both the humans and ET’s. This hybrid form will be more resistant to all forms of dis-ease including health, mind, and spiritually.

According to Wes Penre’s research, there is a trap within the reincarnation system created by the Sirians. The following is from the Wes Penre papers:

I am not very keen on many of the ‘spirit guides’ who come and get you after you have departed from your body at body death; most of them are Sirian Helpers, such as non-physical Vegans and Grays. Be particularly on your guard if they tell you to follow them ‘into the light’ or ‘to the tunnel’, or go see relatives. If you choose to go with them, you will end up in the Sirian recycling system again with full amnesia, and then being shot down into a new body here on Earth.

In my opinion, having our memory erased every time that we incarnate is not beneficial to our spiritual development because we end up making the same mistakes time and time again. If we could remember our past lives, then it would be easier to learn from our past mistakes and more importantly, would facilitate our spiritual growth.

Others will say that time doesn’t exist, hence it doesn’t matter how many times you keep coming back into this system because it’s all happening at the same time in the “now”. While this may be true, many people are experiencing a “now” filled with economic subservience, control, and conformity.

Another argument would state that some of our past lives were so horrible that it would be too traumatic to remember them, such as living in the end days of Atlantis. The counter argument would state that with every subsequent life therafter, it would allow time to heal those wounds from the past instead of holding on to them in your cellular memory.

Regardless of which stance you choose, always use your own discernment because the only real truth is what is inside of you.