Psychopath vs. Empath: the War Between Truth and Deception

Are you fighting for your servitude as if for your salvation? Then you have been well-deceived. You have been sheeple-compromised. Your thoughts are not your own. Your actions are not your own. You are in all ways a conditioned puppet who is under the delusion that it is free, and the psychopaths of the world are your uncompromising puppet masters. The questions you need to be asking yourself are these: “Am I willing to do what it takes to become free? Am I ready for the uncomfortableness of undeceiving myself? Would I rather be slapped by the truth or kissed with a lie? Am I willing to sacrifice my comfortable lie for the uncomfortable truth? Am I strong enough to fall from the “grace” of my delusion onto the hard and unforgiving ground of truth? And most of all: do I have the courage to disobey?” 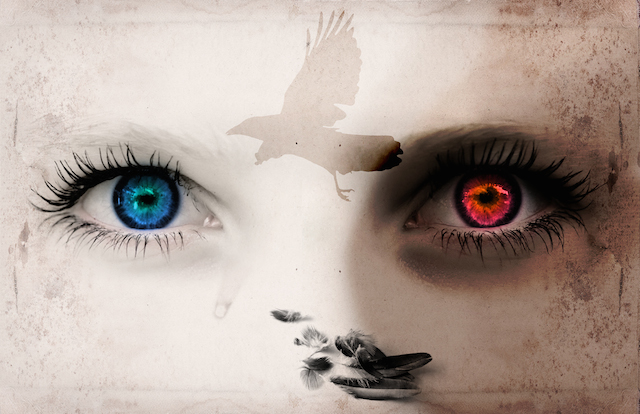 In order to answer these questions effectively, indeed in order to come up with better questions, we must be able to transform our would-be psychopathology into a courageous in-the-now empathology.

Cancer begins with a group of cells that fail to communicate with the conscious signal of the host. These cells become competitive instead of cooperative. When competition become primary and cooperation secondary, then we know we have failed as a species. Collectively, among every human, vanity leads to segregation and competition, competition leads to fear and greed, greed leads to deceit and immorality and deceit and immorality is the breeding ground for illness waging war on each other and our earth. Every act of hatred and self-destructiveness in our world begins with self-hate and self-destructiveness. And it all begins with a breakdown in communication.

The simplest way is to be the change we wish to see in the world so that we can be a force of nature powerful enough to also change the world. But another way is to undeceive ourselves, to become compassionate and empathic to the plight of others, and to sprinkle bits of truth over the mass deception like seeds that will eventually grow into a force to be reckoned with.

As it stands, mankind is caught in the cycle of fear, apathy and hatred. A society based upon fear, apathy and hatred sets up a system which is fundamentally incapable of producing health and happiness and thereby represses human development. And here we are: living in a world where human development is being repressed, at the detriment of our individual health and the health of the ecosystem. However, our escape from this unhealthy pattern lies not only in rebellion, but also in the cultivation of a personal freedom and a relinquishing of all forms of anesthesia and self-deception.

Indeed, while authentic freedom is not easily attained, its deficiency is evident in the devastation to both the individual and the greater culture, as the myopic conformists seek to victimize each other and repeatedly inflict violence upon the world in order to maintain the illusion of comfort and power that is being protected by the banner of their deception. Like Arno Gruen said, “If people base their identity on identifying with authority, freedom causes anxiety. They must then conceal the victim in themselves by resorting to violence against others.”

Understand: the world was made to be free in. Give up all the other worlds except the one in which you are free; whether that world be your family, your country, your religion, or your politics. Escape any world that doesn’t allow you to be free. A clear sign that you are not free is that you are being deceived. The question is: are you okay with being deceived? As Chris Hedges warns, “We live in imaginary, virtual worlds created by corporations that profit from our deception,” It is precisely these virtual worlds that we need to turn the tables on. Virtual worlds are tools. We need to go from being irresponsible tools succumbing to a deceptive system, to using our tools responsibly and empathically so as to transform the system into a healthier version of itself.

There is a war going on between manipulative liars and compassionate truth tellers, between psychopaths and empaths. Which side are you on? This also begs the question: are you lying to yourself, which happens to be one of the most difficult questions to answer honestly, but ask it you must, lest you fall too easily into the hands of the nearest con artist or snake-oil salesman. Beware the tyranny of habit. Be not inflexible. The more elastic and fluid you are, the more you’ll stay afloat when the crushing waters of vicissitude come crashing through, and the more you’ll be prepared to be a beacon of hope for others. Change is not easy, it never has been. But change is inevitable. We either wreck ourselves and the world trying to prevent it, or we adapt and overcome in order to evolve with it.

One of my duties as a periphery keeper in this world is to penetrate deception, turn over rocks, awaken people to concealed truths, and to create deep awareness. I say, instead of trying to possess Truth; let yourself be possessed by it. So it goes: I am not a victim of the world, Iam the world. But that wasn’t always the case. I used to work for the NSA via the US Navy as a cryptoanalyst. Yes, I was naïve. I, like many innocent sailors, soldiers, airmen, and marines, was duped into believing that I was honorably fighting and spying to protect the lives of the innocent people of the world. I was wrong. I was bamboozled. We were bamboozled. That was all just doublespeak. We were actually there to fight and spy on behalf of an immoral plutocratic corporate regime that is still in power today. We were there to be pawns in a giant game of chess over oil and power. We were conditioned cogs in an immoral clock of systematic propaganda and unethical orders. They used fear tactics to keep us paranoid. They used false titles and fake rank to play upon our passions. They used those same false titles to play upon our pride, by giving us empty ribbons, flashy medals of nothing, and rank that meant nothing more than that you were a good little obedient sheep to an immoral juggernaut of well-deceived men. Well screw that! War is not peace. Ignorance is not strength. Freedom is not slavery.

“If you would be a real seeker after truth,” wrote Rene Descartes, “it is necessary that at least once in your life you doubt, as far as possible, all things.” And so I did exactly that. I decided to undeceive myself, using a ruthless self-interrogation process and a humor of the most high to reveal the truth hidden behind the smoke and mirrors of mass deception. What I learned rocked my world, as it has many others. But my liberation was my salvation. The pain that came from knowledge was exceptionally more rewarding than the bliss that came from ignorance. My fall was profound, but when I hit the ground, I relearned how to fall in love. Like Sogyal Rinpoche said, “Each time the losses and deceptions of life teach us about impermanence, they bring us closer to the truth. When you fall from a great height, there is only one possible place to land: on the ground — the ground of truth. And if you have the understanding that comes from spiritual practice, then falling is in no way a disaster, but the discovery of an inner refuge.”

The only way that deception is moral is through the artistic process. Like Marco Tempest said, “Art is a deception that creates real emotions — a lie that creates a truth. And when you give yourself over to that deception, it becomes magic.” We need more of this magic, especially in a world more and more devoid of magic. It is magic precisely because it transforms deception into truth, and so has the power to transform psychopaths into empaths, by planting seeds like tiny, packaged beacons of hope.

Whether it is Charlie Hebdo comic strips or articles like this one, art can literally change the world. Our audacious art is like swordplay in the brain, proving that the pen is indeed mightier than the sword. With it we can cut the yoke of deception that has been passed down from an unethical power structure made up of psychopathic men hell-bent on maintaining their power to the extent that it is destroying the world.

Like Arno Gruen said, “No matter how much lip service those committed to power (psychopaths) may pay to the principle of equality (empaths), they can never approach their fellow human beings on an equal footing; their relationships with others are defined solely in terms of power and weakness. Therefore, they must accumulate as much power as possible, with the aim of becoming invulnerable and proving this invulnerability.” It is the duty of artistic empaths the world over to meet this false invulnerability with the truer power of absolute vulnerability, and art will be our vehicle. Courage is not being invulnerable, like a machine. Courage is not an unwavering hardness, like a tank. It is a soft plasticity, like water. I beseech you, you who would dare greatly, look not for what’s solid within you, look instead for what is soft and malleable. The courage will come. Like Bruce Lee pouring water in and out of a cup, saying “Be water, my friend,” your softness will take shape and assume the form of empathy which has the power to crush all forms of psychopathology, and its shape will be an adventure of the most high.

People often ask me, baffled, “Why do you go against the laws of men?” And I say to them, “Because your swords will never be as sharp as my pen.”