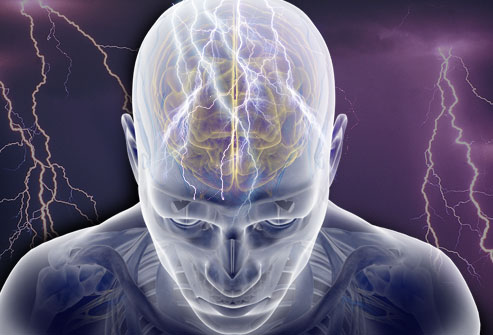 Artificial Sweetener Disease (ASD) is sweeping across America, affecting tens of thousands of consumers, and Western medicine calls it anything but what it really is, so that doctors can prescribe expensive pharmaceuticals and set up “check up” appointments for the following weeks.

The symptoms of ASD can change overnight, depending on how much chemical sweetener you consume, and which ones. Some combinations are especially toxic. Consumers can go from a migraine headache to vomiting or from vision problems to an upset stomach. Many people experience central nervous system disorders, cramping, nervous twitches and abnormal reflexes. (www.holisticmed.com)It all started when Ronald Reagan took office in 1980. He immediately fired the head of the FDA, under advisement from Donald Rumsfeld (CEO of Searle Pharmaceutical at the time), and hired Dr. Arthur Hull Hayes, Jr., who auspiciously approved aspartame. It was the decade of the diet craze, and Rumsfeld and his constituents made a fortune off the artificial sweetener which had been banned for decades due to laboratory testing results proving it was carcinogenic. The same FDA tainted approval process gave way to sucralose in 1991, and then sorbitol in 2003. (www.huffingtonpost.com) 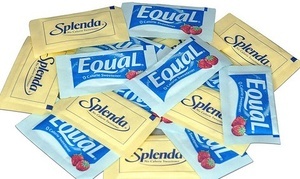 It is not a coincidence that a wave of fibromyalgia cases hit the American troops during the Gulf War. Studies revealed that drinking diet sodas in the 120 degree heat lead to serious health repercussions. It was cleverly chalked up under the umbrella term “Gulf War Syndrome,” but the same problems are occurring for troops in Iraq and Afghanistan now. (www.militaryspot.com)

It is also no coincidence that 4 out of 5 fibromyalgia cases affect women, who are more likely to eat diet foods and consume diet drinks than men. Nearly all chewing gum and breath mints are loaded with artificial sweeteners. (healthwyze.org)

The popular saying that “there’s not enough artificial sweetener in any specific product to cause health concerns” is a lie, especially now that in 2011 there are synthetic sweeteners in over 25% of all food, drink, gum and candy available. This cumulative effect has created ASD, and thanks to little or no regulation of chemical agents in food, it’s not going away any time soon.

There is no prescription drug, and there never will be one, that cures the problems that artificial sweeteners create. In fact, over 70 percent of reported cases of fibromyalgia, chronic depression, IBS and acid reflux are caused by consuming chemical agents which have been approved by the FDA for consumption.

Cancer may be the distant, long term result of consuming chemicals, but ASD is the short term consequence, and it is very serious. If you look to prescription drugs to cure these “chronic ailments,” then you will experience even more side effects from the prescription medicines, and maybe worse ones than you already have.

The good news is the cure for Artificial Sweetener Disease is absolutely free and involves no doctor, no health insurance co-pays, and has zero side effects. Here is the secret cure for ASD: throw away your sugar free gum and candy, and then trash all foods and drinks you have that are labeled “light” and “zero.” Read the labels on everything, so you can filter out all artificial sweeteners from your products, including aspartame, sucralose, sorbitol, acesulfame-k, aspartic acid, and saccharine.

As an alternative to poisoning yourself, try Xylitol or Stevia in order to cut calories, or simply eat more organic vegetables! If problems persist, take a list of everything you ate this week to your Naturopath or Nutritionist to analyze. Remember, if you’re getting sick from moldy bread, don’t look for a prescription drug to cure you, just stop eating moldy bread.