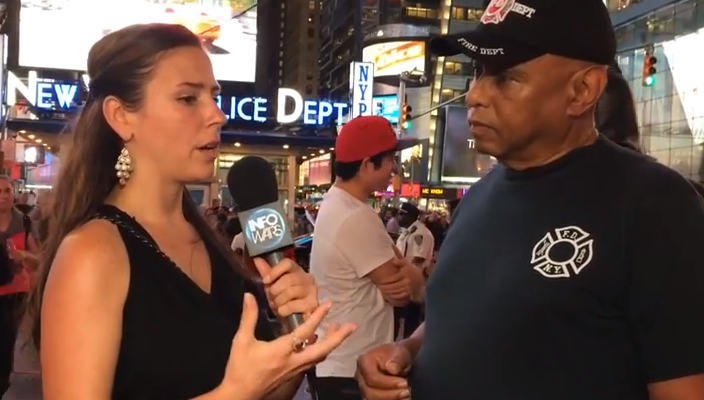 It’s been a little over 13 years since the events of 9/11 took place and yet there is still a huge divide in what the truth is about the events that took place on that day.

Something that many are not aware of is that much of the questioning that has happened about 9/11 has come directly from the families who lost loved ones, firefighters, police officers and architects/engineers. This idea that it’s only a crazy internet conspiracy could not be further from the truth.

Rudy Dent is one of those firefighters who has questioned the official story of what happened that day based on his eye witness experience and also his expertise. He is a Vietnam War veteran, a four year member of the NYPD and spent thirty-two years as a NYC firefighter.

Are We Getting Closer To The Truth?

This of course is for good reason when you consider the amount of unanswered questions surrounding the event. On top of this, since the events of 9/11, there have been worldwide crack downs on security including the introduction of many bills and acts that put the rights and freedoms of citizens at risk in various countries. It has also created cultural stigmas that continue to divide and pull people apart.

As time goes on we get closer and closer to the truth and more momentum builds towards finally pressuring the US government to re-open the investigation into what happened that day. On Wednesday December 10th 2014, David Long (9/11 survivor and author of the 9/11 petition presented to parliament on December 3rd by Elizabeth May, Leader of the Green Party), Bill Brinnier (NY architect and board member of New York City Coalition for Accountability Now), Isabelle Beenen (Spokesperson for NYC based Architects and Engineers for 9/11 Truth) and Dr. Graeme MacQueen (Spokesperson for Consensus 9/11 and founder ofMcMaster’s Centre of Peace Studies) delivered powerful statements at a press conference on Parliament Hill in Ottawa challenging the government to respond.

Having Trouble With Meditation?

We have just released a new funny yet information web series called These Guys!

Every Tuesday morning watch Joe & Mark as they talk about entertaining subjects for the conscious individual out there.

Zen12 will transform the way you look at meditation. It uses special audio MP3s that help induce a deep state of meditation.

The program uses special ‘brainwave’ sounds to meditate for you. Of course you can still get right into a deep meditation, but you don't actively have to fight to quiet your mind as it helps do it for you.

Reply DwerClerb
1:48 PM on January 30, 2022
Prvndx In such cases patients often have symptom improvement after antibiotic treatment. hydroxychloroquine for sale over the counter

Reply can you overdose on gabapentin
12:43 PM on December 10, 2021
Generique Cytotec