5 Ayurvedic Herbs That Have Been Shown To Destroy Cancer Cells 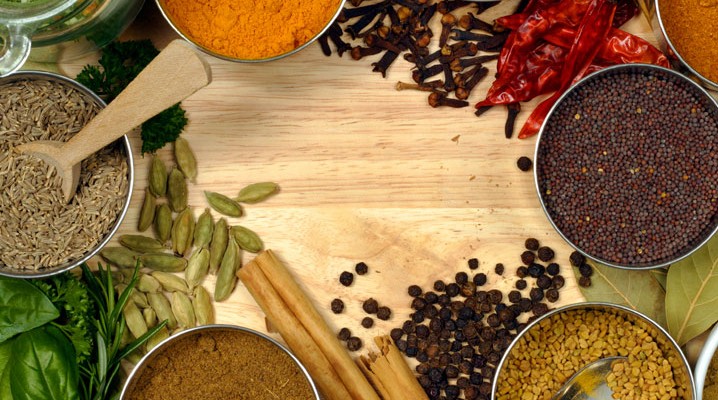 In a time where cancer is an extremely popular disease, finding effective and safe cures to treat cancer should be a high priority. The general population doesn’t hear much about alternative cures like dichloroacetate for example which has been shown to be effective in treating cancer.

It is important for these alternative cancer treatments to become more widely accepted, but it is even more important for the information on cancer prevention to become more of a focal point in the “fight against cancer.” Best way to treat cancer? To not get it in the first place. Until we clean up things like our diets and overall toxic environments, cancer will continue to become more popular. Public education is needed.

Without further a dieu, here are the top 5 Ayurvedic herbs that have been shown to destroy cancer cells.

This herb also known as “Indian Ginseng” is an adaptogen, which means it is able to supplement the body’s ability to deal with stressors such as anxiety, fatigue, or trauma. Because of this ashwagandha is used for literally hundreds of ailments in Ayurvedic medicine. It can increase our resistance to stress while increasing our energy levels.

Research shows that this herb helps to slow down the growth of cancer cells and inhibit the growth of tumor cells, while protecting the “good” cells.

Garlic is an amazing healing herb. Numerous double blind studies have shown that garlic is also amazing at preventing cancer. It has been a staple used by naturopaths for centuries in raw, juice or soup form to treat various types of cancer.

There have also been studies done to prove that garlic can kill brain cancer cells, without harming the healthy cells.

Green tea has long been acknowledged for its antioxidants and healing benefits. In fact there have been multiple studies that show that an active biological agent in green tea called epigallocatechin gallate or “EGCG,” can effectively treat pancreatic cancer.

Also, green tea may lower the risk of digestive system cancers in women , and another study found that when EGCG was administered directly to tumors, two thirds of them shrunk or disappeared within one month.

Ginger is another staple in the practice of Ayurvedic medicine. It is used in many Indian dishes. Inflammation markers that are precursors to colon cancer can actually be reduced significantly by the consumption of the ginger root, or in its powdered spice form. Ginger is a powerful anti-inflammatory that soothes and heals the digestive tract, which is why it is suggested as one of the best home remedies for the treatment of colon cancer.

Numerous studies have shown that ginger has been effective in destroying ovarian and prostate cancer cells. Not only does ginger kill these cancer cells, but it also prevents them from building a resistance to cancer treatments. Researchers agree that more research would be needed to further understand if this treatment can be effective in humans given various situations.

The compounds in the popular Indian spice turmeric have been found to cure many different ailments. The curcumin in the turmeric root literally cause colon cancer cells to self-destruct.

No cancer has been found that isn’t affected by curcumin. -MD Anderson, Cancer Center Texas

Curcumin has been shown to reawaken a key tumor suppressive gene, inhibit metastases, straight up kill cancer cells, and prevent the re-growth of cancer stem cells.

Given the limited effectiveness and toxic effects of our current mainstream modes of cancer treatment, it’s important we expand upon our knowledge by further studying the potential for the above herbs (and other options like cannabis) to be used as cancer treatments. This means clinical trials in humans would have to take place if we want to fully understand the potential here.